Posted at 09:34h in Blog, Blog by Fifty Bees
Share

The “Fête des lumières” (the celebration of lights) is approaching at a fast paste in Lyon… However, this year it is going to occur in a peculiar context… No gatherings, no family nor friend outings to enjoy the illuminations. Just like in the past, the Lyonnais will simply put a lantern on their window sill.

Thinking of it, where does the “Fête des lumières” come from?

The tradition is quite old. Everything started in the Middle Ages when the city was placed under the protection of the Virgin Mary and a chapel was built on Fourvière hill.

Then in 1643, there was a plague outbreak and the town was miraculously saved. The Lyon Aldermen asked Mary to stop the plague and the plague stopped. To thank her, they decided to gather at Fourvière each year. And this tradition continued until 1852.

That year, the Lyonnais decided to install a statue of the Virgin Mary at the top of the chapel’s spire that was renovated a few years earlier. You know this big golden statue that we can see at the top of Fourvière! The retained date is the 8th of September, the day of Mary’s nativity celebration. Unfortunately it rained so much on that day that the celebration had to be rescheduled. A new date must be set and this time the 8th of December is chosen.

The 8th of December 1852- The statue is at last going to be installed and the celebrations will take place! The population is awaiting this event and the illumination of the statue with firecrackers and fireworks even more. Once again, the city is unlucky and has to face very bad weather which stops the festivities and forces the Lyonnais to stay home.

But it is not knowing them well if you think that they are going to resign. The festivity has already been rescheduled, the statue must be illuminated. The inhabitants of Lyon then decided to put candles on their window sill to celebrate and pay tribute to the Virgin Mary. 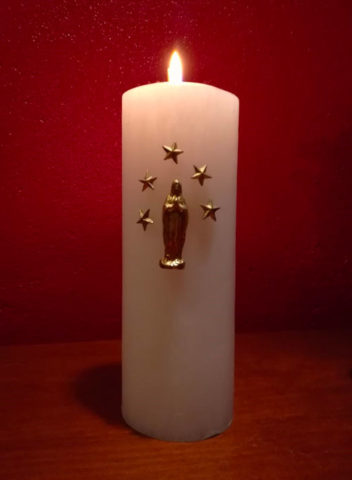 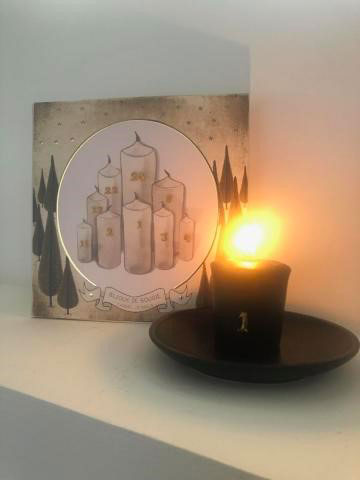 Since, the tradition carries on each year and the event ended up welcoming millions of visitors and is being worldly known.

But in 2020 there won’t be any projection on the Saint Jean Cathedral, no walk between Bellecour and the City hall, no crowd… Only a disease outbreak and a confinement… 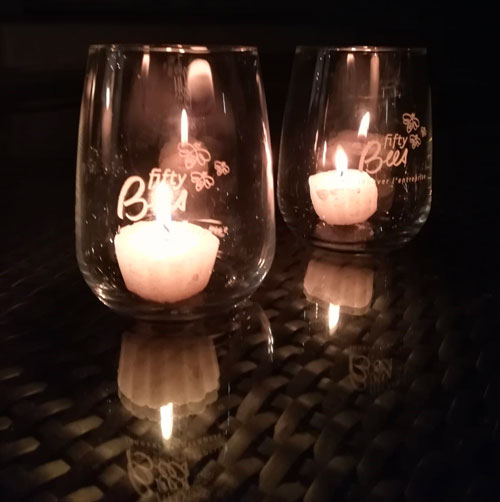 So at Fifty Bees we offer you to ward off the spell and share after all this moment together.

To enhance your decorations, you can even go and have a look on BONNESOEURS website that the Bees have the pleasure to support daily.  You might unearth numerous objects perfectly adapted to this occasion.

Don’t forget the date of the 8th of December to share this 100% Lyonnais moment!